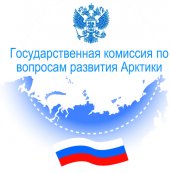 Murmansk region is developing a program aimed at improving the quality of life. The Republic of Sakha (Yakutia) will prepare a regional development strategy until 2035. In the next 5 years, about 1 million square meters of emergency housing will be resettled in Yamalo-Nenets Autonomous Okrug. Representatives of the Komi Republic and the Magadan Region made proposals to expand the Arctic zone of Russia. First Deputy Governor of the Arkhangelsk Region Alexey Alsufiev confirmed that the region was ready to become the basis for the creation of the first scientific and educational center in the Arctic.

The creation of the first transarctic communication line will strengthen Russia's position in the Arctic, Gevork Vermishyan, Genearal Director of MegaFon said.

Denis Solovyov, Deputy Chairman of the Board of NOVATEK, said that the company was going to strengthen work on social projects in the Arctic.

PARTNERS OF THE FORUM